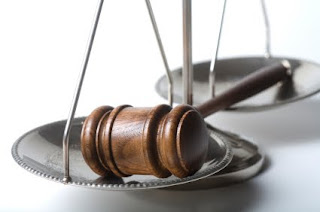 Suppose you would participate at a high profile global summit on ‘fighting racism, combating climate change and encouraging economic development’? Ah, and throw in ‘immigration issues’ and ‘sustainable living’ for good measure. And you were asked to present your solution to all these momentous problems in a grandiose plenary session attended by the world’s heads of state.
Meanwhile, the media is abuzz. Progress of the global summit is being reported, blogged and tweeted around the world. CNN and the BBC have descended on site with film crews. Angry demonstrators assemble to picket the summit. The proposed change is not radical enough, the change is too radical. It is a cacophony of voices and opinions.

And you? You have to offer a vision and hold the line.
Could you do it? It seems boldly, if not presumptuously ambitious, doesn’t it?

This scenario could be considered analogous to this week’s parasha.

Mishpatim is abuzz. Our parasha is a cacophony of voices and opinions, of clashing interests and conflicts, of pressing moral and social issues. And yet Moses has to hold the line, after having hosted history’s most riveting plenary session itself: Revelation.

‘V’eleh hamishpatim asher tasim lefaneihem’, ‘these are the rules that you shall set before them’. The Eternal asserts the divine vision for humanity. After the drama of Revelation and Covenant, there is the business of the day to attend to after the ‘spiritual revolution’ that the Israelites have been through. New rules have to be set, new realities have to be faced, the building of a new society commences.
But none of this can take place without either profound commitment or profound understanding.
These ‘mishpatim’ are a commentary (midrash) on the ‘aseret hadibbrot’, the Ten Utterances. Living by the so-called Ten Commandments may be a lofty ideal, but the Torah immediately addresses her own concern: how do we do that? The answer is given in Mishpatim. We need detailed laws, no matter how noble our intentions.
The medieval commentator Rashi explains that ‘the placing before them’ of the laws refers to the necessity to not only make the laws known but also understood. We cannot commit to a vision for a better world unless we fully understand it.

Parashat Mishpatim is nothing short of overwhelming. It seems fitting that Moses was given leadership advice and management consulting in last week’s parasha, Yitro. How else can we expect even a great leader like Moses to hold the line of such a grand project? The plurality of the word ‘mishpatim’, laws, engenders the complexity of the task at hand. The rule of law is always multifaceted.

To the modern reader, many of the laws in Mishpatim strike us as archaic at best and barbaric at worst. There appears to be an amalgam of jurisprudence ranging from the Hebrew slave who may be set free but must remain with his master if his wife and children are slaves (Ex. 21:6) to the death penalty for a number of transgressions, including striking your parents (Ex. 21:15), punishment for the ox that gores a person (Ex. 21:28), laws dealing with theft, dowries and idolatry.
But then there is a shift. God foregoes His jealousy and calls upon His mercy. Immediately after the laws of idolatry, there is the prohibition against oppressing the stranger for ‘you were strangers in Egypt’ (Ex. 22:20). But this is not all. Mishpatim cites laws protecting the widow (Ex. 22:21), the worker and the slave, enjoins us not to bear false testimony (Ex. 23:1), to maintain impartial judgement (Ex. 23:7), exhorts us to be morally incorruptible and to respect the fundamental right of all life to rest: the people in and outside of our community, the animals and even the land itself (Ex. 23:10).

The Torah is concerned with balance. How do we tip the scales? And if they tip too far, then how do we redress the balance? The Torah makes connections. No man is an island. Our world is indeed a ‘world wide web’, not in a virtual sense but in a painfully tangible sense. The Torah acknowledges the cyclical nature of time and allows us to see Life’s fractals superimposed upon each other: rest on the seventh day, freedom in the seventh year and a recalibrating of society every 49th year. The mystical Jewish commentator Nachmanides connects these cycles, emphasizing our need to be attentive to the interconnectedness. Our parasha starts with the small drama of individual freedom because ultimately, this is connected to the great drama of Redemption. The dignity of personhood and planet are not separate and competing realities. As the Torah states: (Ex. 23:9-12)

“You shall not oppress a stranger, for you know the feelings of the stranger, having yourselves been strangers in the land of Egypt.
Six years you shall sow your land and gather in its yield; but in the seventh you shall let it rest and lie fallow. Let the needy among your people eat of it, and what they shall leave, let the wild beasts eat. You shall do the same with your vineyards and olive groves.
Six days you shall do your work, but on the seventh day you shall cease from labour, in order that your ox and your ass may rest, and that your bondsman and the stranger may be refreshed.”

The line ‘v’atem yadatem et hanefesh hager’- ‘for you know the feelings of the stranger’ is profoundly moving. Within the legalism dwells the true spirit of the law. We are called to live both integrated and compassionate lives. Rachmanut, compassion, is not mere talk but a vision which gets translated into action. Perhaps if we follow that vision, we will all be refreshed.

The plenary session of the great conference comes to an end. The microphones are switched off, the lights are dimmed, the media crews depart. But an electric charges crackles through the proverbial ether. We may not be able to save the world individually but each of us can do something to tip the balance towards Redemption. May each of us be granted both the inspiration and the strength to implement a great vision of justice in small but unique ways.
english mishpatim parashat hashavua sermon torah