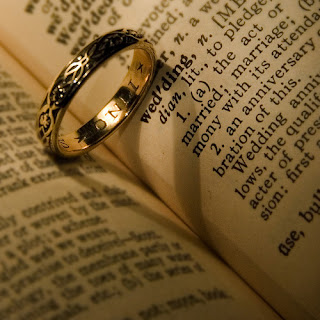 This presentation was in part inspired by a 'd'var haftarah' I wrote previously on Hosea. I decided to take the main concept from my d'var haftarah and rework it in a more thorough and cohesive manner.

Living by Example, Re-envisioning of Love: the Marital Covenant in the Book of Hosea

For those of you who wrap tefillin, you will know the beautiful passage from Hosea 2:21-22:

Hosea (8th century BCE) lived in the days of Kings Uzziah, Jotham, Ahaz and Hezekiah of Judah and of King Jeroboam, son of Joash of Israel. He is in many ways both a remarkable and tragic prophet. His prophetic message is executed by him living it personally as an example. Hosea’s critique of the spiritual infidelity of the Children of Israel is reinforced by the circumstances of his own life. In Hosea’s case, the personal is profoundly political. He is forced to marry the prostitute Gomer of Diblaim and sires three children with her. This causes considerable torment for Hosea, as Magonet writes in ‘A Rabbi’s Bible – Prophets in Conflict’:

“Hosea finds in the troubled and tangled emotional interrelationship with his unfaithful wife the feelings and reactions of God when confronted with a wayward Israel, lurching back and forth between love and hatred, overwhelming sympathy and bitter feelings of betrayal.”[1]

These personal events happen against a larger political backdrop of the latter days of the Kingdom of Israel (the Nothern Kingdom), before it is overrun by the Assyrians in 721 B.C.E. The book of Hosea describes a society in decline with rampant injustice and idolatry through the Cult of Baal.

Hosea sires three children with Gomer and all three are cruelly yet prophetically named: Jezreel (‘God will scatter/sow’), after the valley of the Kings where many sins were committed and Lo-Ruchama (‘unloved’) and Lo-Ammi (‘not my people’).

Hosea was the first prophet to phrase the covenantal relationship between God and Israel in marital and monogamous terms. Chastening the Jewish people for their idolatry, he compares this to adultery and creates an oft-repeated refrain of monotheism as spiritual monogamy. However, Hosea is not only interested in chiding the Jews in the name of God but also offers them healing their relationship through the forgiveness of God. The divine voice oscillates between anger and love. It is unsurprising, then, that Hosea and Gomer are reconciled in the end (in chapter three) as he buys Gomer back from her lovers.

“…Go, befriend a woman who, while befriended by a companion, consorts with others, just as the Eternal befriends the Israelites, but they turn to other gods… then I hired her for fifteen [shekels] of silver, a homer of barley, and a lethech of barley; and I stipulated with her, ‘in return, you are to go a long time without either fornicating or marrying; even I [shall not cohabit] with you.’” (Hosea 3:1-3)

What is surprising, however, is the form in which this reconciliation takes place. Hosea takes back Gomer, even though she has been with (or married to) other men. This is a direct violation of a Torah commandment in Deuteronomy 24:4:

Interestingly, this motif is repeated in Jeremiah 3:1:

“[The word of the Eternal came to me] as follows: If a man divorces his wife, and she leaves him and marries another man, can he ever go back to her? Would not such a land be defiled? Now you have whored with many lovers; can you return to Me?—says the Eternal.”

“The book of Hosea is a much-examined work among feminist biblical scholars because the prophet Hosea is the first to employ the metaphor of husband for the Deity, casting Israel in negative female imagery as the adulterous wife. This imagining reflects the historical situation in Ancient Israel where gender relationships were asymmetrical… this socially conditioned relationship deeply affects the theology of Hosea… certainly the male violence embedded in the text of Hosea… should make readers… wary of an uncritical acceptance of the marriage metaphor.”[2]

And yet, from this model speaks a great tenderness and love between God and Israel. As Mufts writes in ‘Who Will Stand in the Breach? A Study of Prophetic Intercession’:

“God originally sent prophets to Israel to demonstrate to them His great love. Even at the moment of His anger, He manifests His love by listening to the prayers of the prophets, prayers that control and calm His anger.”[3]
So, there is a tension between castigation and love, a historical reality and a prophetic (perhaps even messianic) ideal of marriage and gender relationships. We can see something similar in the disparity between Genesis chapter one and chapter two and three. In Genesis chapter one, the equality of man and woman is asserted:

“And God created man in His image: in the image of God He created him. Male and female He created them.” (Gen. 1:27)

In Genesis chapters two and three, however, the narrative is significantly different:

“This one at last, is bone of my bones, and flesh of my flesh, this one shall be called Woman, for from Man she was taken.” (Gen. 2:24) and “and to the woman, He said, ‘I will make most severe your pangs in childbearing; in pain you shall bear children, yet your urge shall be for your husband and he shall rule over you.” (Gen. 3:16)

A similar pattern can be found in Hosea. The key words that illustrate this tension are ‘Ba’al’ and ‘Ish’. Initially, a woman’s husband is described as a ‘ba’al’, a master and ruler. This is the patriarchal marriage that feminist scholars critique. This is the historical reality in which Israelite women were acquired for a bride-price and subjugated to their husbands. Yet, in Hosea’s bold re-envisioning of marriage between the Eternal and Israel, the ba’al is replaced with ‘ish’; a far more neutral and egalitarian term.

‘And in that day—declares the Lord—you will call Me Ishi, and no more will you call Me Ba’ali. For I will remove the names of the Ba’alim from her mouth, and they shall nevermore be mentioned by name.’ (Hosea 2:18)

Hosea is proposing something revolutionary, I think. Not only is the Eternal eager to take His beloved bride back (just as Hosea took Gomer back) but moreover, He is yearning to develop their relationship. God appears to says through his prophet that in the Messianic Era, Israel and God will not relate to each other in old terms but in new ones. Not through a model of patriarchy shall God be served, but perhaps through a model of marital egalitarianism. The poignantly neutral word ‘Ish’—man—is substituted.

And so, I suggest that the text has two important layers: the reality of a patriarchal marriage and the ideal of a fully egalitarian, spiritual marriage. Of course, it would be anachronistic and inaccurate to project modern notions of egalitarianism and feminism onto the book of Hosea. And yet, one cannot help but notice Hosea’s radical reworking of the marital relationship. What started in abuse and a disparity of power may end in an authentic relationship of love between equal spouses or partners (not unlike the lovers in Shir haShirim!). Interestingly, also the prophet Malachi speaks tenderly of a wife:

“… the Eternal is a witness between you and the wife of your youth with whom you have broken faith, though she is your partner and covenanted spouse.’ (Mal. 2:14)

The Hebrew used here is ‘chaver’techa v’eshet britecha’. The word ‘chaver’ denotes both deep friendship and equality. This in turn is strengthened by the word ‘brit’, covenant.

It seems fitting then, that after the passage (in chapter two of Hosea) on ‘ishi’, the citation at the beginning of this presentation is invoked: ‘ve'erastich li leolam’… Hosea speaks to us on many levels: the real, the mundane, the problematic, patriarchal the personal, but also the hopeful, the prophetic, the messianic and the deeply intimate. If Hosea could imagine a ‘tikkun’ between the Eternal and Israel just as he imagined a tikkun between him and Gomer, then shouldn’t we as modern readers be able to do the same? Let us think about the ramifications of both Hosea’s theological and marital re-imaginings: authentic and healthy relationships between spouses and the Divine that honour and respect the integrity of all parties concerned.