Showing posts from July, 2018
Show All

My Heart Is In The East 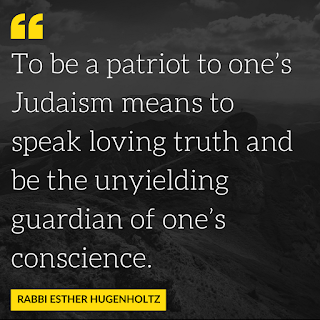 Sermon Parashat Devarim/Shabbat Chazon Rabbi Esther Hugenholtz My Heart is in the East
None of this is supposed to be easy.
It’s certainly not a comforting message but it’s a necessary reminder of the brokenness of our world. Among the peaks and troughs of the Jewish calendar, we now find ourselves in the shadowy valley of the Tisha b’Av, the Ninth of Av. Known as the ‘Black Fast’, this day of mourning is considered our darkest liturgical day where we remember the destructions of the First and Second Temples as well as a host of other calamities that have befallen our People. On Tisha b’Av, which starts tonight after sundown, we sit on low chairs, observe a 24 hour fast and mournfully read the Book of Eicha, Lamentations.
For many modern, liberal Jews, Tisha b’Av is hard to connect to. Do we really mourn the destruction of a hierarchical, patriarchal, undemocratic structure? After all, the Churban(destruction of the Second Temple) allowed Rabbinic Judaism – the democratized, interpretati…
Post a comment
Read more
More posts