12 Years a Slave, An Eternity of Freedom 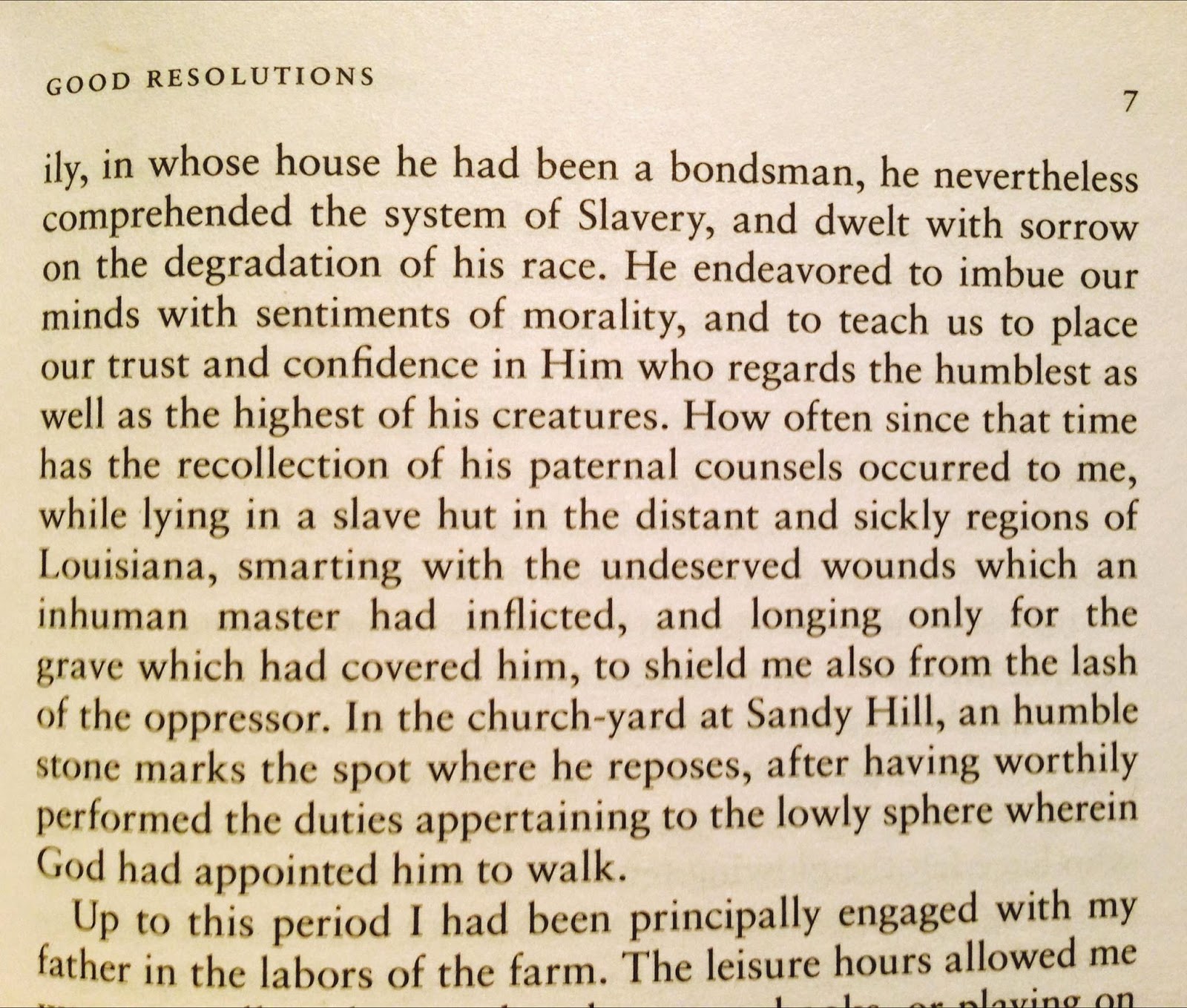 A few months ago, I went to see the film '12 Years a Slave', directed by Steve McQueen.

It's an incredibly important, compelling and shocking film and a must-see for all people, especially those interested in both the historical and contemporary reality of slavery.

The film is based on the book, '12 Years a Slave', written by Solomon Northup. Northup was a free black man living in New York State in the 19th century. A father of three, talented musician and an educated carpenter, he was abducted and sold into slavery in 1841 and taken South. After 12 years, he managed to secure his freedom and eventually wrote his memoirs.

In his memoirs, he recounts how his father - once a slave himself - acquires his freedom and builds a life for himself a generation earlier. Solomon's father raises him to love education and live a life of integrity. Still in the Pesach spirit, I was reading the book and found the following quote to be particularly poignant and meaningful:

"[My father]... comprehended Slavery, and dwelt with sorrow on the degradation of his race. He endeavoured to imbue our minds with sentiments of morality, and to teach us to place our trust in Him who regards the humblest as well as the highest of His creatures. How often since that time has the recollection of his paternal counsels occurred to me, while lying in a slave hut in the distant and sickly regions of Louisiana, smarting with the undeserved wounds an inhuman master had inflicted..."

As we steadily march towards Shavu'ot, embracing our freedom from slavery fully, let us consider what our freedom should lead to and what the Eternal Principle is that sets us free. Of course, it's dangerous to compare a symbolic narrative of slavery (such as that of the Exodus) to the horrific reality of actual slavery, lest that comparison becomes glib and does the remembrance of the actual atrocities a disservice. Still, to read those powerful words from someone who was a slave, makes the symbolic narrative of slavery as recounted by the book of Exodus all the more compelling. After all, this narrative did inspire hope, courage and resistance in actual slaves.

Wherever we are historically, let us not shy away from articulating a belief in a God who cares deeply about the downtrodden; Who weaves God's fate with our own, Who suffers alongside those who suffer and wipes away their tears. This is the God of Exodus and of Psalms; but also of tried and true historical, lived experience and of our deepest intuition. The humble and the high are equal in the sight of God. If that isn't a moral contribution to the human experience, I don't know what is.